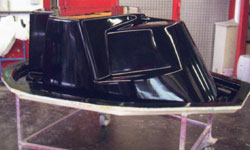 The selection of the correct release agent is vital to the success of any moulding process and it must be ensured that the release agent is compatible with both the tool material and the material being cast or laminated into the tool. 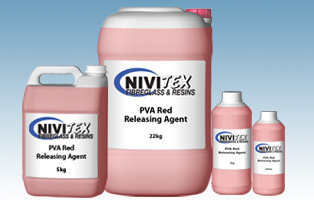 PVA Red Release Agent used in conjunction with RAMWAX RUN IN to prevent the bonding of the gelcoat and the mould.

Please note: PVA Red Release Agent not to be used in conjunction with RAMWAX Silicone Release as this could cause adhesion to the mould and product. 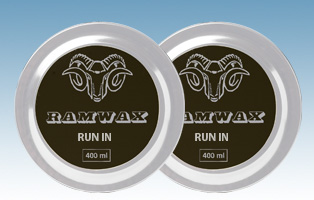 Mould Cleaner is a special blend of solvents that dissolves and removes wax from composite moulds without dulling the surface. Excellent for epoxy and metal mould surfaces as well as brushes and equipment. Mould Cleaner eliminates contaminants on the mould surface and enhances release effectiveness. Apply Mould Cleaner to mould surfaces with a clean cotton cloth. Wax (or other surface contamination) will immediately begin to dissolve and should be removed from the surface with a second clean cloth while it is still dissolved in the Mould Cleaner.

Fast Curing Mould Sealer is an easy to apply, fast curing mould porosity sealer for glass fibre reinforced polyester, epoxy and other resin-type moulds. Use to seal new moulds and older moulds with micro-porosity and light surface blemishes. An excellent base coat enhancing the release advantages of all products. Apply at room temperature by wiping on with a clean, dry, lint-free cotton cloth. Wipe on a smooth, wet film; wait 15-20 sec, then gently wipe dry. Apply 1-3 coats, allowing 15-20 min between coats and after the final coat.

Versatile Release Agent that provides high slip where mould geometry problems are encountered. Versatile Release Agent releases epoxies, polyester resins, thermoplastics, rubber compounds and most other moulded polymers. It cures rapidly at Room Temperature to give a high gloss finish to the moulded parts. Versatile Release Agent cures quickly at room temperature. Apply to clean mould surfaces by spraying, brushing or wiping with a clean, lint-free, cotton cloth. Apply up to 4 coats, allowing 5-10 min between coats. Touch up as necessary.

Semi-Permanent Release polymer designed to provide multiple release for most moulding processes with no contaminating transfer. Semi-Permanent Release Agent provides a matt finish. This semi-permanent, non-migratory release system chemically bonds to the mould surface to form a micro thin film which is stable at temperatures exceeding most moulding processes. Semi-Permanent Release Agent can be used for the release of epoxies, polyester resins, thermoplastics, adhesives, and for fiberglass reinforced polyester (FRP) composites. Apply 3-6 coats to clean mould surfaces by wiping, brushing or spraying a thin continuous wet film. Allow 15 min between coats to dry. Curing of the final coat takes 3 hours at room temperature and can be shortened by heating the mould for 15 min at 100-150°C.

Fibreglass How to Guides

Nivitex have various guides available for the DIY person that will help you with your next project from costings on projects to using various fibreglass products for mould making etc.

See all our DIY guides

We have technical information available on various fibreglass products. These guides will help you with faults, how to apply products, grades of fibreglass and much more.

See all our Technical Guides

If you need assistance or you just need some reassurance that you are looking at the right products for your project.

Contact us we'll put you on the right track.